Following up on yesterday's maker faire robot, I printed this trophy last night,

Following up on yesterday’s maker faire robot, I printed this trophy last night, which came out WAY better than the first trophy I tried to print. However, as you can see on the handles, there was some amount of screwup. As the handles started printing, they would curl up, causing the printer to push down hard on them for a while. Eventually it cleared up. I had a fan on the print the whole time, and, oddly, the side that was closer to the fan was screwed up more. The rest of the print came out very nicely.

I have two questions: One, why did the handles curl? Was it because they didn’t have enough cooling? Did they have too much?

Two, why did they suddenly fix themselves? The quality of the main cup also improved at that point, presumably because the nozzle wasn’t tilting the print to and fro anymore. But why would it all of a sudden start printing fine like nothing was wrong? 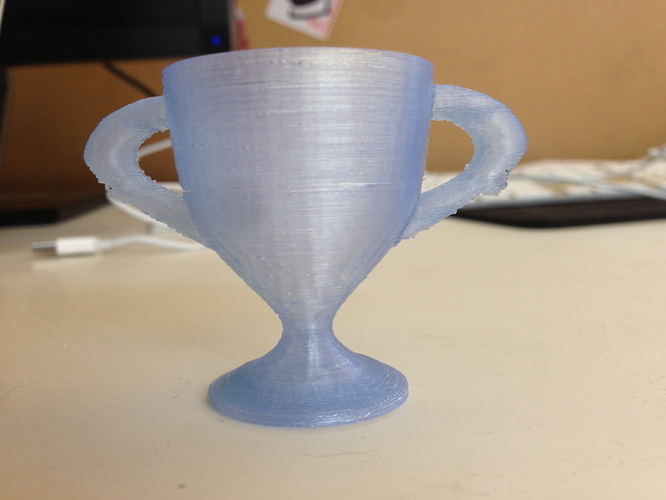