Figured I would upload some shots of my car now that it is complete.

Figured I would upload some shots of my car now that it is complete. It is too fast!

I recently ordered the components for a metal drivetrain. Would like to stick with 3D printed but there is no way i could put my car on a track with the current drivetrain. When I had my truggy at the local hobby store they were amazed with how smooth the printed drivetrain sounded. 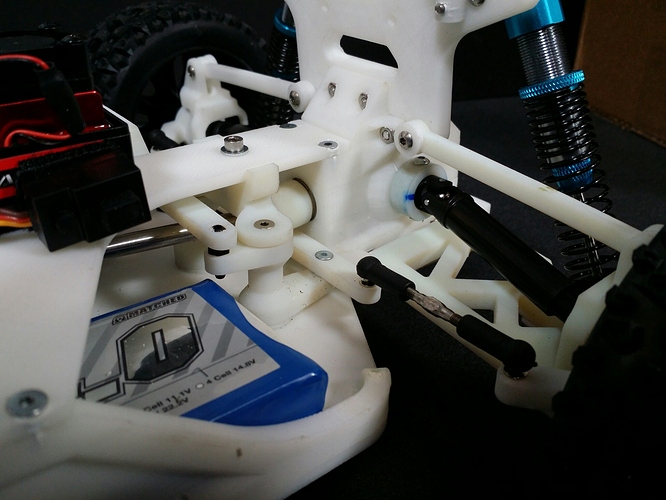 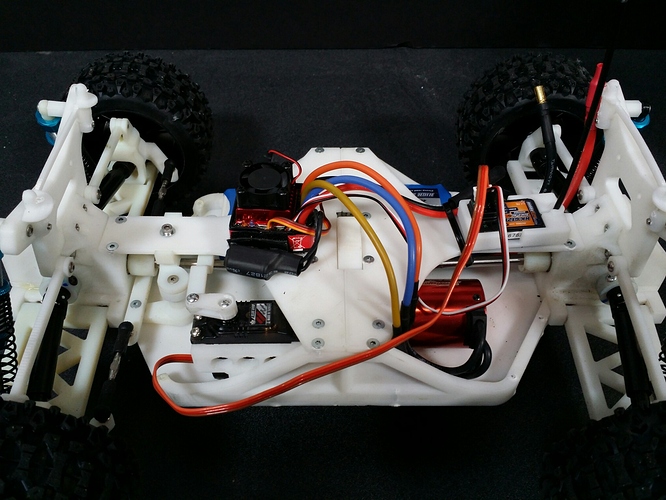 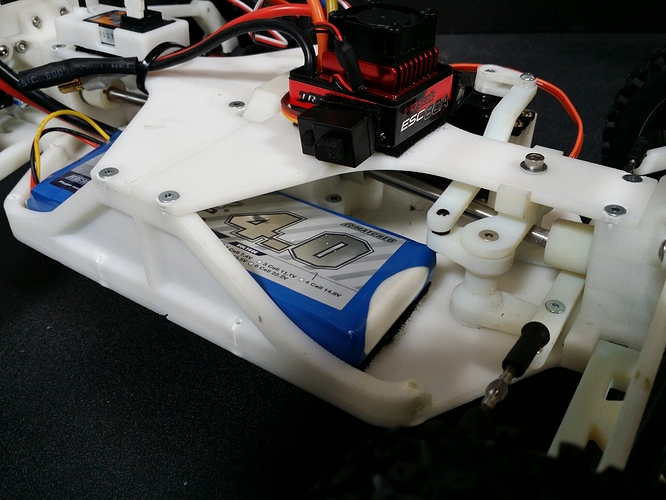 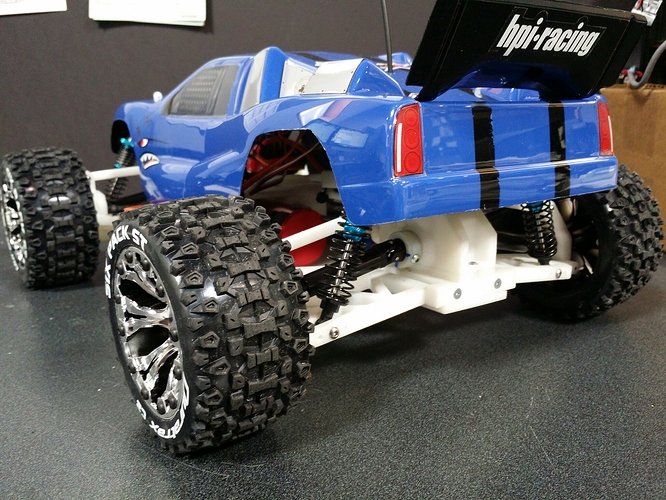 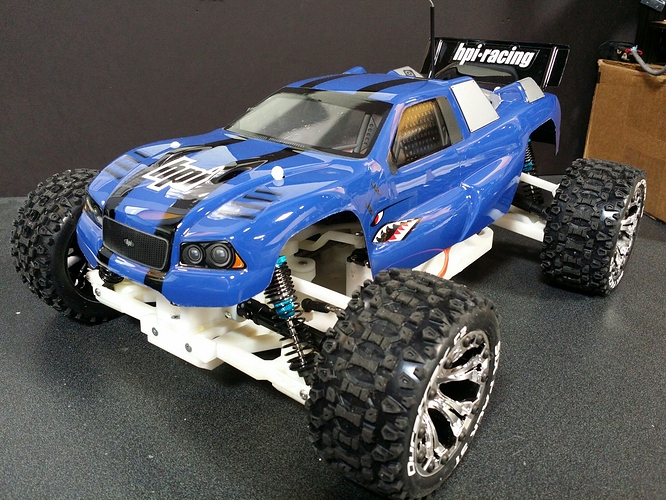 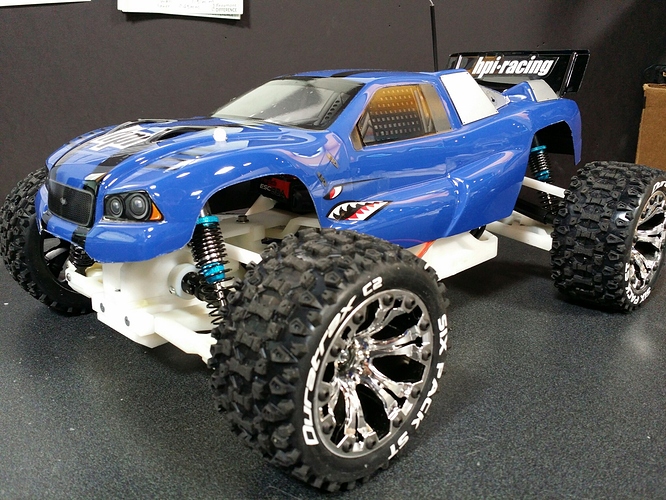 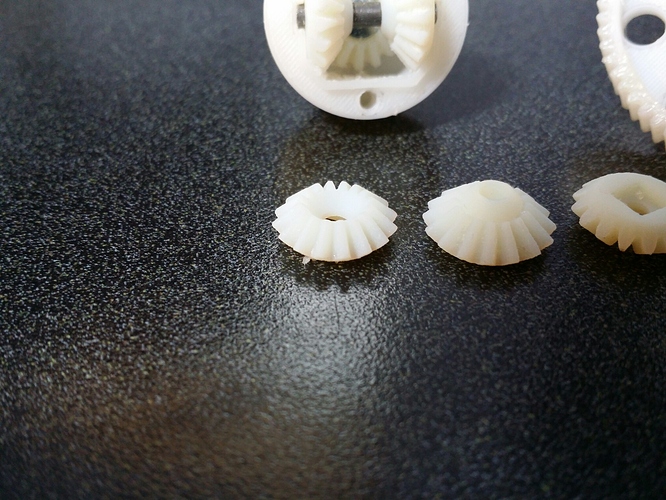 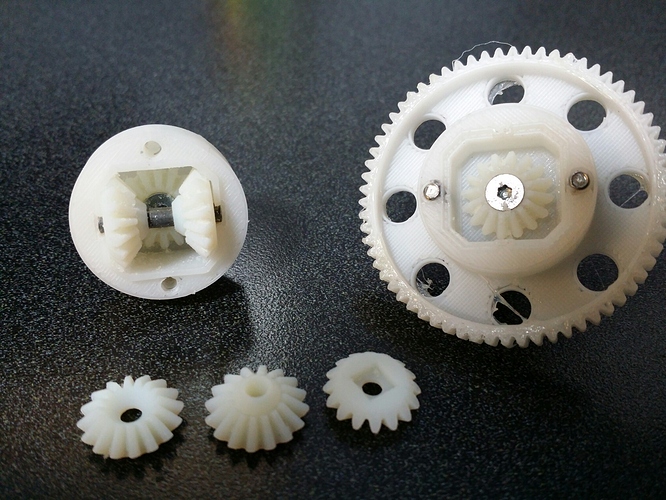 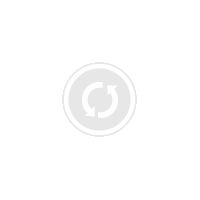 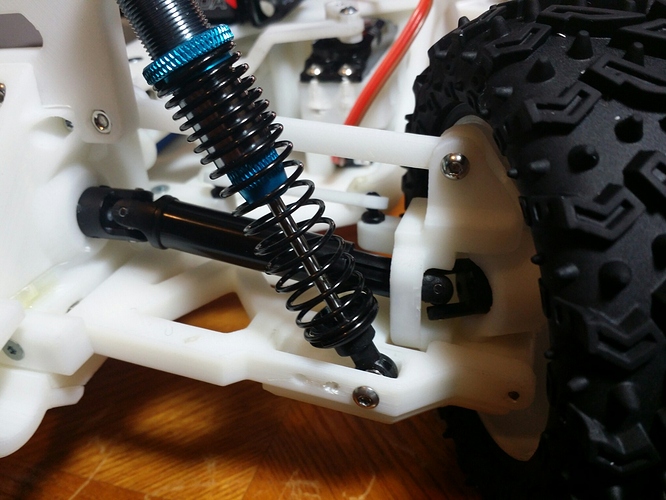 What kind of Printer and settings you are using?

My FDM machine is a Stratasys Dimension. The software for it limits the Z resolution to 0.010" ~0.254mm. It prints the larger parts such as the ring gears, diff housings, and frame parts well. While it is capable of capturing the fine detail of the small gears on the exterior, sometimes the interior area of the slice has areas that are too small for the nozzle to lay material into. Therefore, I was getting some voids where the teeth of the pinions meet the main part.

The other machine I have used is an Objet Eden 350. I used the material known as RGD 450 for the smaller gears. It seems to be working well for the spider gears but not so great for the front and rear pinions.

I’m a machinist too and I was looking at opening up a part time shop to supplement my main job and it’s things like your center differential outputs are kind of what I was thinking of making as a inventory kind of item so I could spend more time on custom projects. How much of a market do you think there is for that kind of thing? I really like the rear suspension assembly, but I haven’t really done cars, is that pretty standard or did you design that for maximum tweaking? I’ve seen some plastic parts with metal plates put in the mold for rigidity, would something like that be feasible in a 3D printer or would someone have to build that capability (or modify) into their printer?

The majority of the car that I printed was designed by @Daniel_Noree . The parts that I machined would have to be produced via CNC in order to have any chance at being profitable. Even then, it seems to me that there is not a lot of universal parts between different manufacturers. (This is my first foray into RC trucks). Some of the bigger ticket items I’ve seen were aluminum and titanium suspension components. I would suggest looking at some of the aftermarket sellers in order to get an idea of what is desirable and what the possible selling points are. Integy sells some modifications. Here is an example of a highly modded E Maxx: http://www.beatyourtruck.com/project-bmaxx.html

Here is what the typical OpenRC budget looks like for an all metal drivetrain: http://openrcproject.com/tiki-index.php?page=All+Metal+Drivetrain

Now maybe if there was a US source that was a compromise between shipping time, improved quality, and price I would have considered it for those components. I’ve actually been looking into using some of the limited slip differentials from bigger companies in my truck.

Unfortunately OpenRC is not anywhere near the position that 3D printing is where small companies can pop up and make some money selling components. Maybe at some point opensource kits will be a thing and that would be cool. But I think most people involved with the RC truck/car hobby wouldn’t be very interested until an opensource kit offers something that the big companies are not.

As for using metal in 3D printed parts, no one really does that. Sure it’s possible if you take the time to make the proper G code. I think if you have to put metal into it then there isn’t a whole lot of point in printing any of that part. Some people use threaded inserts or captured nuts with their 3D printed parts though. (Threaded inserts is a modification I would like to make to several components of this design.)

Thanks for the reply Ben!

I appreciate your take on it, fortunately I’m not really looking to make money. Basically the money makers will be job shop stuff or subbing to my company, I’m mostly looking to make something that can pay for itself in terms of materials and time. I like making the oddball stuff for people, it’s why I got into machining, so I look at it as more of how to have fun with something and give people some options.

Still being new to 3D printing, I am not 100% on strength of materials being used, although I figured it wouldn’t be far off from the plastics our customers use in our molds. And I can see where you’re coming from, I think you’d only really need that kind of stiffing on long parts.

Again, thanks for the info, it’s given me food for thought and good luck!

In that case, if you work closely with someone on a development project for this you may be able to make something that people will accept more readily. Like you mentioned before, some people may be interested in the parts that I made out of steel.

One of the big issues with building this in the US is that the original CVD spec cannot be purchased here. That is why I went through the trouble of modifying my truck to accept Traxxas components. I also believe the Traxxas parts have better longevity over the dogbone style CVDs.

Once I get my metal differentials I’m going to work on adapting those to use Traxxas driveshafts instead of dogbones too.