Experimenting with coasters. The base on the cork one was turned at the lathe

The base on the cork one was turned at the lathe to match corksize. I wanted to laser cut the cork but the cork mostly burned rather than cut. I used sealer (polyurethane) to stop the burned areas from smearing after imaging.

The slate was etched using @Nedman 's recommendation and it was also sealed with urethane.

The slate was purchased from Michael’s per Neds suggestion 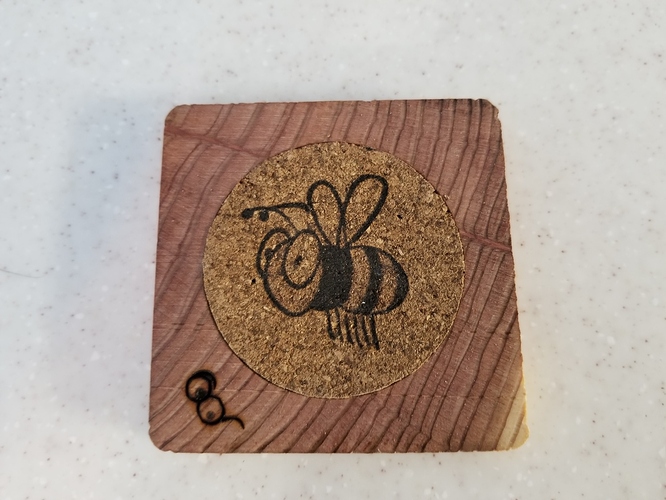 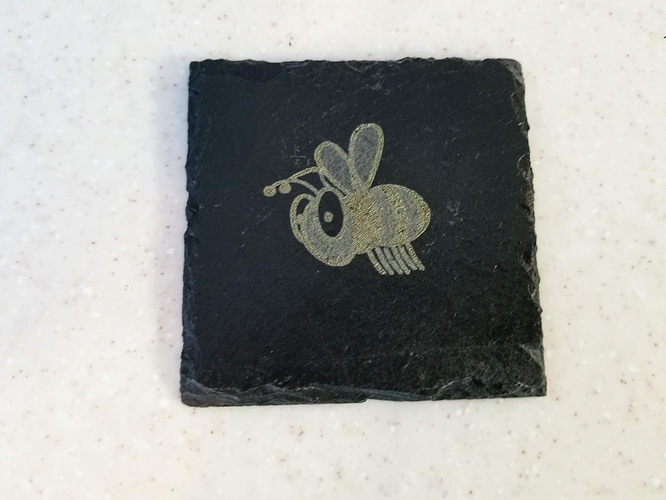 Nice. How did you get the yellow coloring into parts of the etching on the slate? 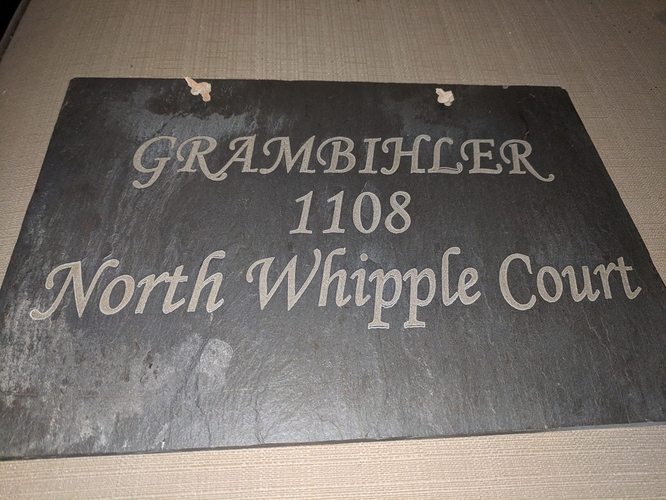 @Nedman it was free…i.e. no idea. Doesn’t look that yellow in real life.

@donkjr So you did nothing to get a 2 tone effect?

@Nedman nope perhaps its the level of power i.e. the dark areas have proportionally more power and that turns it a yellow tint?

@donkjr hmmm interesting. I’ll have to play with that.

…now you just need some Boo-Bees for Halloween!!!

@donkjr Another question, did you seal it before or after lasering?

@Nedman after … I really think the yellow is being amplified by the camera it does not look that yellow in real life.

I love engraving slate. This is a cheeseboard. Ocean state job lot has coasters and chessboards fyi 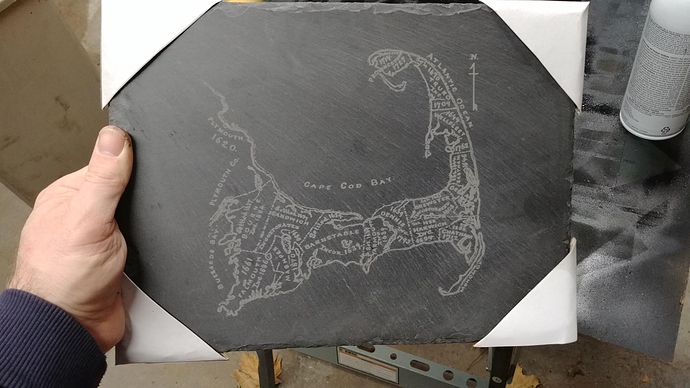 Was unwrapping a set of blank coasters and found this one with included pyrite (fools gold). 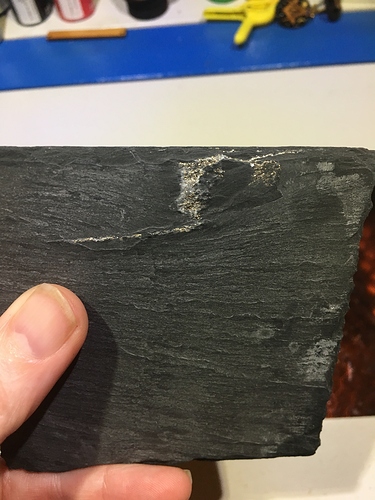 I was wondering what that was… 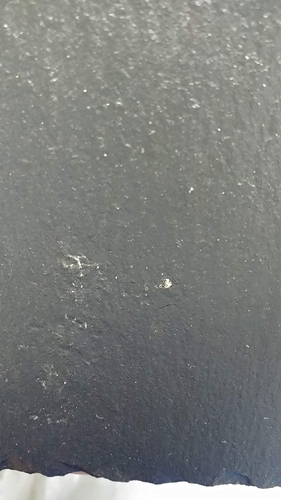 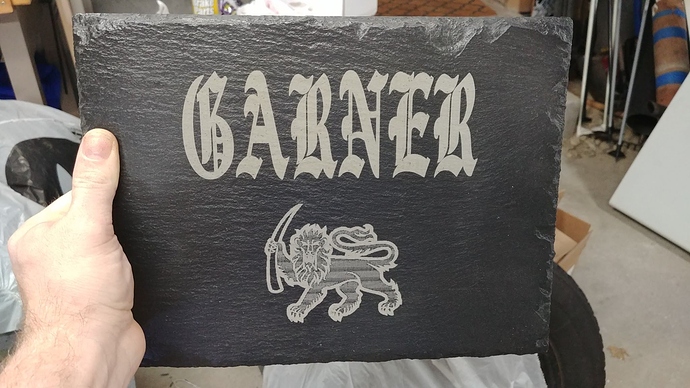 @Nedman maybe the yellow in mine really is gold! lol!