I recently bought an ER40 collet for my lathe. It came with the right wrench for tightening the nut, but I have no spindle lock, so tightening it is difficult. But the ER40 chuck has three 8mm holes clearly meant for holding it in place. And I have plenty of spare bits of 8mm linear guide rod to use as a pin to engage those holes, and a 3D printer. I rounded off the edge of an approximately 20mm long piece of 8mm linear guide rod on the grinder and went to work with the printer. Success! 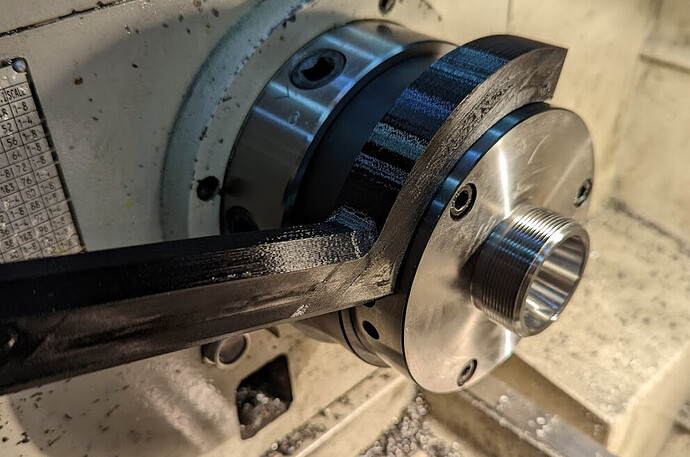 Of course, this wasn’t how it started.

The first attempt had a right angle between the handle and the curved portion, and stresses accumulated at the right angle and it broke easily. The second version added fillets, but the plastic around the pin broke when I used it while tapping ½" steel. 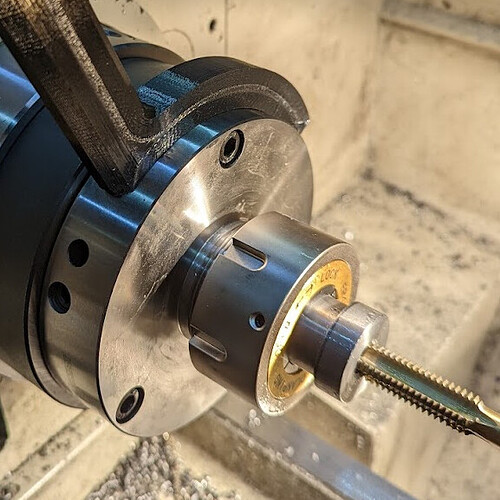 This was honestly more stress than I had intended to put on the tool when I designed it; I was only thinking of closing the collet nut. It did a pretty good job for a while, but eventually it snapped off. 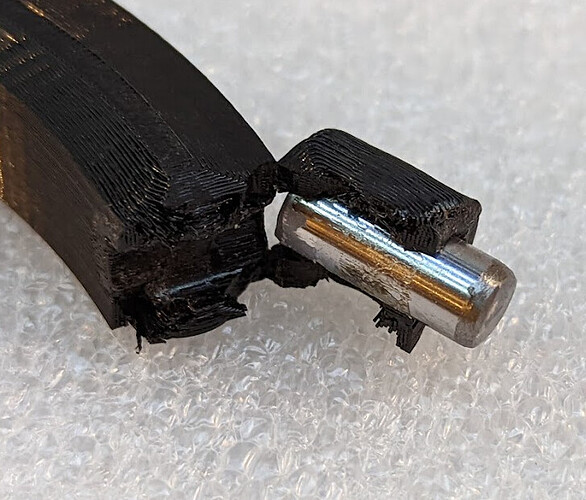 I needed more plastic, and also I found I had to keep leaning over the lathe to see the next hole in the back of the chuck to use the wrench. Turns out that just making it a bit chonkier solved both problems at once: More plastic is stronger, and I made it just the right width to set against the edge of the back plate and slide until it finds a hole and drops in. 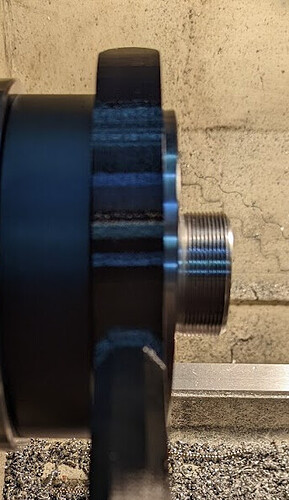 I also printed it with more perimeters and with a solid layer every 3 infill layers for additional strength. Looking better:

With the pin pressed into the hole in a vice: 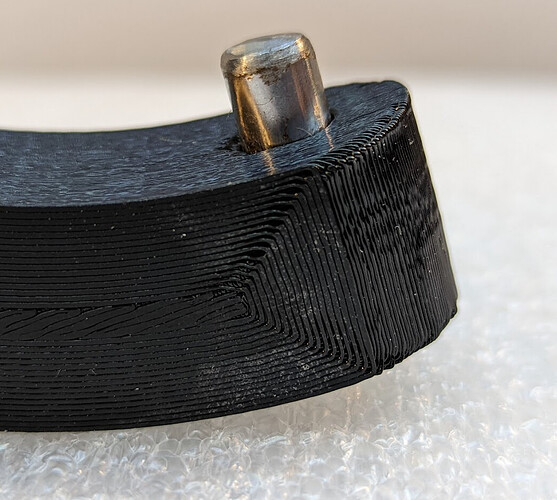 I haven’t yet tested tapping with it again, but that’s on the menu!

All the files, including the realthunder FreeCAD files, are available here:

What you did before there were 3D printers.
I made these for the collet attachments to my wood lathe 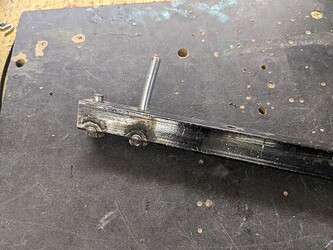 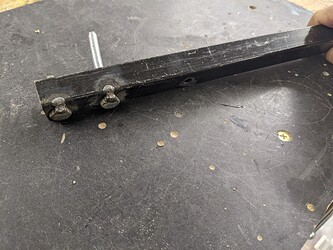 The “oh I have a welder” version 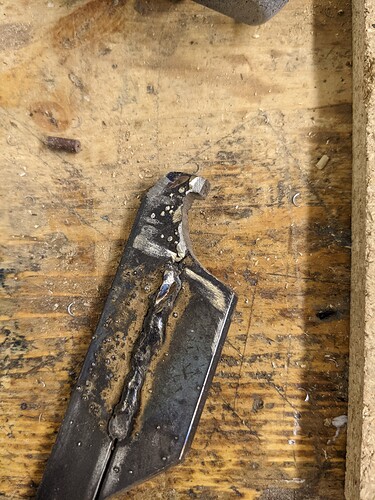 Yup! I have a chunk of rectangular tube I could have used to make a tommy bar a lot like that (but bigger, given that the chuck is 125mm in diameter). But I really like the quarter round engagement! Except in the moments of failure, it’s been really comfortable to use.

If this current design iteration fails, I’ll probably use these as prototypes and cut a new wrench body out of aluminum stock. I have a rotary table that I can use to mill the large radii, and I can attach some sort of handle. I think I have a nice chunk of maple that would be comfortable…

But as I learned making my Parametric speed handle for machinist vice sometimes a 3D print can be quite strong!