Do any of you guys recognise this printer?

Do any of you guys recognise this printer? I’m looking for more information on it. Sort of looks like the AliveMaker but it isn’t. 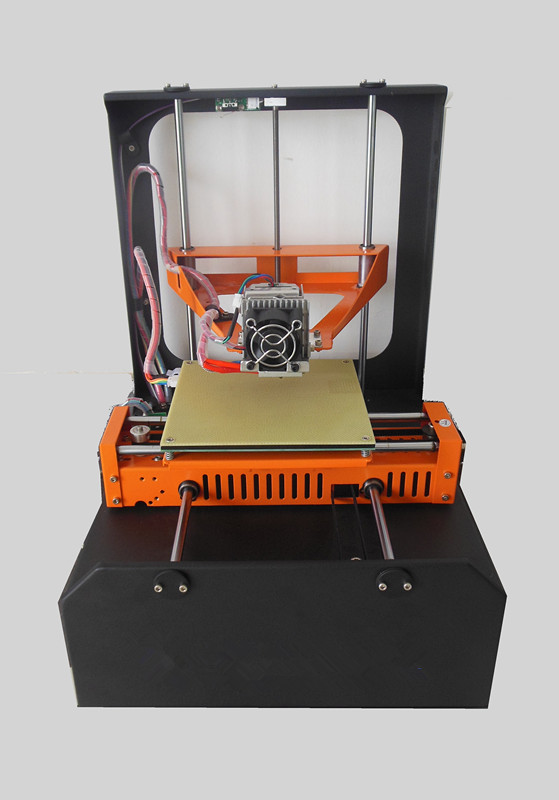 Just looks like someone cut the box off of a ToM. * Edit: I did some reverse image searching, and Google can’t find a match for the picture anywhere *

Looks like the printer shown at Shenzhen Maker Faire. http://dangerousprototypes.com/2013/04/09/shenzhen-mini-maker-faire-2013-robots-and-art/

@ThantiK if you cut the box off a ToM…do you actually have anything left that could stand up right?

@John_Chan_Madox yeah, you could easily cut a ToM in a way that could make it resemble this 3D printer, and still have stability.

I would say it is definitely that WeisTek model, just so you know that picture is the printer Massive Dy(scam)namics have acquired the PrintForge 3D… hmmmmmm Thanks for your help guys.

You can almost see the dodgy Photoshop where they wiped WeisTek from the front… What scam is this?

I think you can see some smudging that smacks of Photoshop. Here’s a shameless plug again but we’ve been doing some digging into a company called Massive Dynamics who are trading on the stock market under the ticker MSSD. They release a press release almost daily to do with how they will take over the 3D printing world. I managed to get in contact with a person at another company they have links with who supplied me with this image and said that it was the “Printforge” printer Massive Dynamics had acquired.
http://www.prsnlz.me/articles/what-is-massive-dynamics/

We’ve done a great deal of research into the company as a whole, Cnet picked up and ran with it too, we gave them a whole load of benefit of doubt at first but nobody from company would get back in touch with us. I was just intrigued about this printer somebody sent me a picture of. They were not a rep of the company. The actually company has never released a picture of the printer, and they say they’ve acquired a company called PrintForge3D not just an individual printer.

There’s was a recent post about an article that reported why Massive Dynamics is most likely a scam. As for the printer, it’s Weistek’s. They were at the NY Maker Faire, too. (EDIT: oops, lol, Personalize wrote the article in question! Thanks @ThantiK )

@Joseph_Chiu …Personalize was the one who wrote that article…