I made a DIY kayak rack for my truck 4-5 yrs ago now and it’s work so well I decided I would present my build.

When I brought my first kayak I need a rack for my truck to haul it around as it was a full size ocean kayak and not a short fishing one. Decided to build my own and I had a few criteria the design had to meet:

I looked around on the internet and could not find any designs I liked that really fit my criteria. A lot of the thing’s I saw people making tended to be somewhat over engineered and therefore expensive and/or heavy. So this is mostly my own design with some elements borrowed from a few other designs.

The material of choice for this build was pressure treated 2x4s since it was going to be living outside in the elements. Also 2x4 was the smallest dimension that was going to be sturdy enough for the build.

The basic form is a top box frame with supporting legs long enough so that the top box cleared the roof of the cab. Added side rails to help with leg spacing, but opted not to added rails to the front and back to keep down on weight and also so that I could easily access the back of the truck. All fastened with lag bolts for strength. Note that the bolts on the ends are countersunk to accommodate my dual rack and all cut 2x4 end grain is sealed with a wood water sealer. 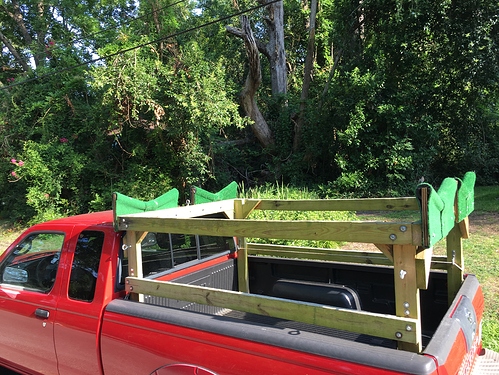 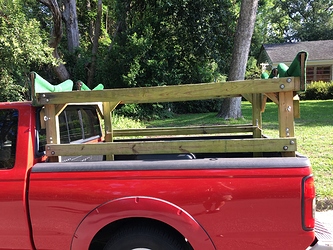 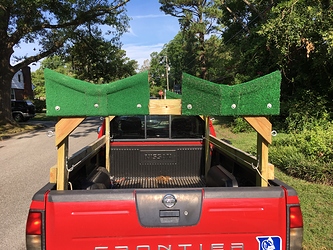 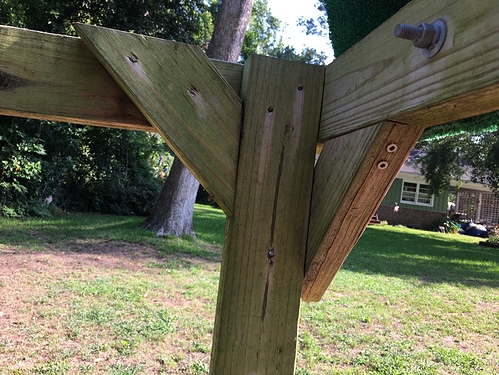 To secure the rack to the truck I used a ratchet strap tie down on each side. Originally I had cleats made from pieces of 2x4s, with one end cut at about a 30 deg angle, attached to the inside of each leg to hold the straps. This worked ok but I found the straps tended to want to slide down into the joint and made it a bit hard to tighten up the straps. So I later switched them to these heavy duty rope / J hooks, secured with through bolts, which have worked a lot better. With the straps fully tightened the rack is very stable and only moves if the truck bed moves with it. 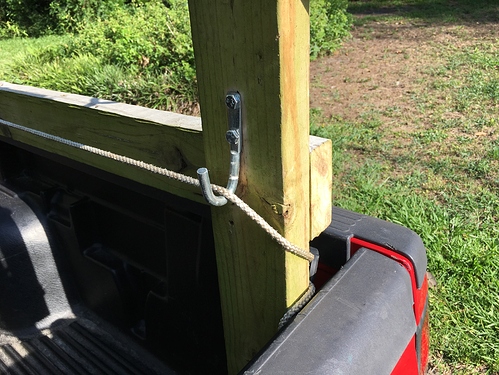 The rests for the kayak are V-rests made from ¾” plywood. I didn’t have any pressure treated plywood but I did have some regular plywood and some Thompson water sealer so that’s what I used. Several coats of water sealer and the ply has held upwell. I first mocked up the V profile with cardboard to make sure it fit the kayak well. Originally I had one set of rests down the center but then the next year I bought another kayak and so added another set of rests.

I padded the V-rests with foam pipe insulation and covered them with indoor/outdoor carpeting. The covering is actually 3 pieces, with one piece on each side going from the outer edge to as close to the middle as possible. I first made a pattern out of a big piece of kraft paper to to get the best fit. Because of the angle in the middle there was a wedge shaped gap in the middle. The gap is covered by the third piece, which is a strip down the middle. Attached the carpeting with heavy duty spray adhesive. I arranged the seam so that it would be sandwiched in the back against the frame when the V-rest was attached. Attached the V-rests with galvanized through bolts. 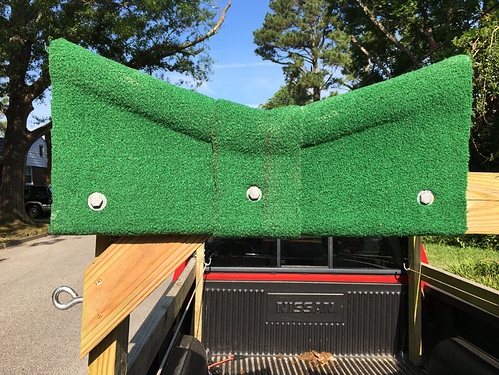 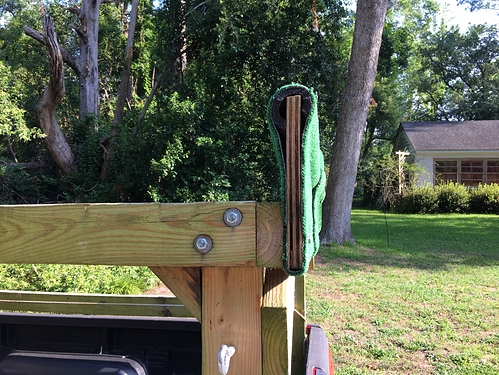 Added eye hooks for the tie down straps and done.

So lets review my build criteria vs the actual build: 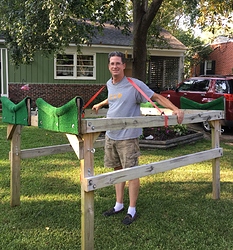 Like I said earlier this was about 5 years ago and it’s held up very well. When it’s off the truck I put sacrificial pieces of pressure treated 2x4 under each leg so that the leg ends are not resting in the dirt. I’ve had to replace one of the small corner braces that split and I check that all the bolts and screws are tight each season. 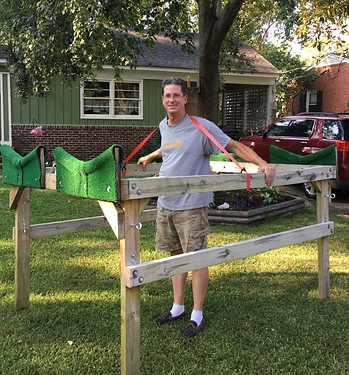