Did any manufacturer create a large light (e.g.

Did any manufacturer create a large light (e.g. a cluster of RGB LEDs, for improved brightness) controllable with the same protocol as ws2811?

If not, is there a hack which would allow me to connect e.g. 8 ws2811 LEDs and control them as one? Would it be enough to just connect them in parallel? What about the output signal?

How large? What form? There are a ton of color changing lights in a variety of socket sizes out there. Philips Hue, GE, etc.

Or, you can just get a couple of the LED rings from Adafruit. Easy to build and run from any Arduino. Then you just set the array to whatever you want and call show().

The issue is not in LED rings themselves, or the color lights with built-in controllers, which exist and work fine, but in controlling a large light source with a ws2011. Think “huge pixels requiring lots of light”.

Rings are not fine for this because each LED in them requires individual control, meaning instead of a strip of 1024 large LEDs I can only have a strip of (1024/16) LEDs.

There are some large pixels available. 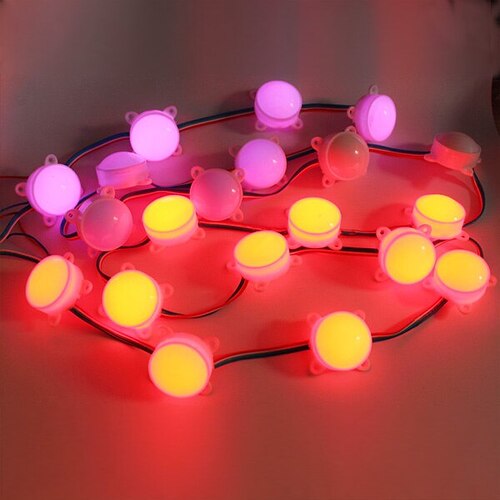 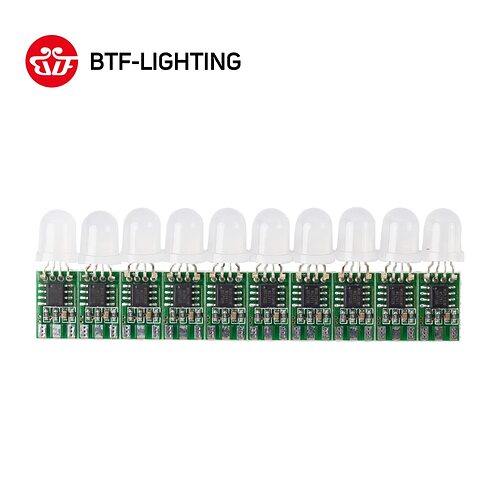 Any idea what “takes 3 dmx channels” for the first ones means?

@Ivan_Voras I have no doubt you can have 8 WS2811 in parallel sharing the same data line. I’m willing to bet you could have 50 if you keep the data wiring compact. Why don’t you just try it ? No risk at all…

Ill try it, no worries, I was just trying to find out if there are some obvious problems

@Ivan_Voras No not the outputs, only the
inputs !!

Although nothing stopping you from let’s say having 20 pixels in parallel sharing the data line on the input and the 20 outputs, each of them connected to a single WS2811.
That would act as 2 ‘HUGE’ pixels as Trump would say !!!

@Ivan_Voras This might be what you are looking for: 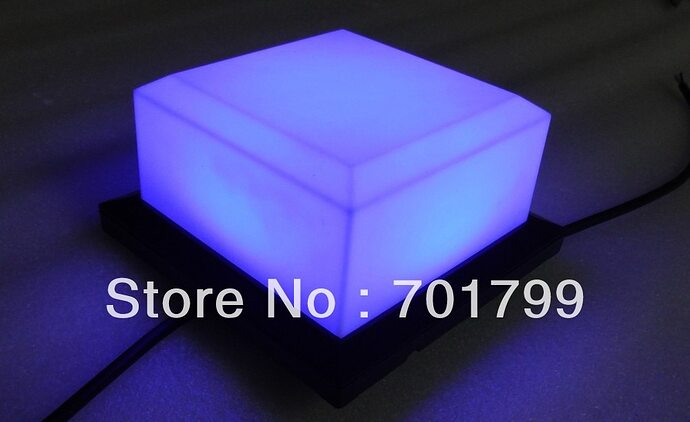 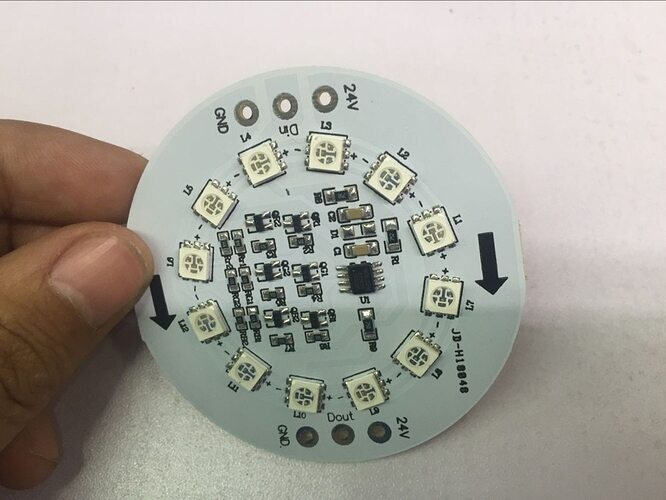 These are from Ray Wu’s store on AliExpress. You can search his store using the “WS2811 module” search term and find other products like these. You treat each module as if it were an individual pixel.

@Ivan_Voras By “takes 3 dmx channels” I think that means that if you were going to control with DMX that it would need three channels (one each for R, G, and B). These don’t directly hook up to DMX though, you’d need some sort of controller/decoder box in between.

WIth ws2811 you should be able to split the dataline as many times as you wish and control will be mirrored at that point just don’t try to recombine the data lines since that would likely not work. Two strips off the same signal or multiple pixels off the same signal should both be possible.

I ran into issues with more than 4 strips of >100 LEDs, wire length >4m, plus connectors sharing one line.

@Juergen_Bruegl ​ @Ivan_Voras ​
I just split the signal to 4 lines, not sequential, but each strip close to 6m (172pix/line).
Data came from arduino, but each line had separate power from a step down supply in the control cabinet.
This worked like a charm.

@Terkel_Sorensen Thanks!
If this project gets done (which isn’t certain), I’ll brag about it here!