CNC-ing my father’s Christmas present using a China CNC zone 3040 DQ 4 axis with 400W spindle.
Approximately 10 hours into the #Mach3 job it decides to ignore the gcode and tries to carve its way through the wood at a depth of 15mm with a ball nose bit with a working cutting depth of 10mm. Doing this not only wrecked the cut but my spindle. The entire bottom half ripped off (unsurprisingly). Z axis is grumbling too so not happy.
I’ve used the parallel port software since purchase as it was included on disk. This is the second instance of it “disobeying” the gcode and making a hash. This time it was something important.
Anybody seen this sort of behavior before?
Also any help on servicing a Z axis would be nice. 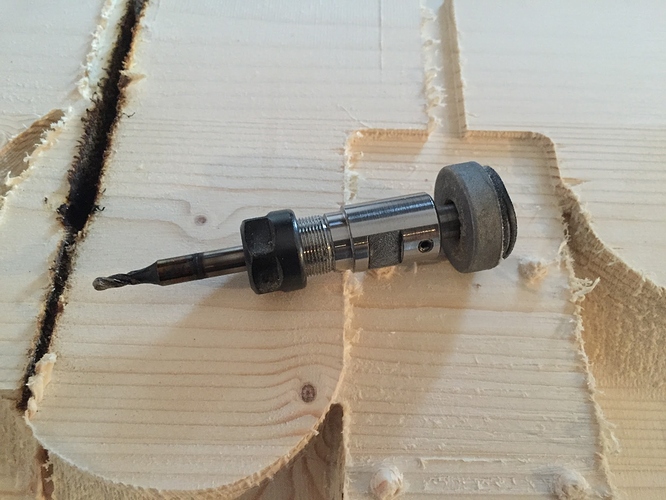 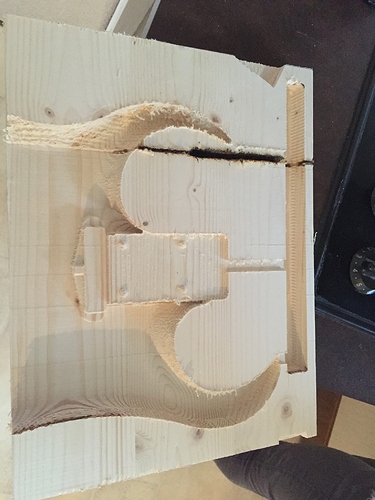 What does making a hash signify?

Mmmm had the same thing happen to me a few weeks back. Nearly the same thing using LinuxCNC. Turned it all off inspected my rig for damage besides the job i was milling had a big gouge in it. After i got it all up and running again have not had a problem. Put it down to a very hot day 40+c, shed was probably a bit warmer then that so equipment may have been a bit warm. Here’s hoping.
Looks like a good project you have there.

Yes I’ve had this problem several times. On the Mach3 forum they warn you about external electronic interference - like fluorescent lights and motors.

Eventually I realised my problem was caused by my small dust extractor with an old fashioned brush motor. Static was building up in the extractor hose. I changed to my external dust extraction system with its induction motor - no more problems.

It does seem to be random and this is not the longest job I’ve done either making it weirder. Should be fun at the end though.
It was in the shed with nothing else on and 11°C environment so should have been perfectly fine by environmental standards. Shame there wasn’t something more it might have been a reason then.
Well I’ve seen @jlauer demonstrating Chilipepper with TinyG which takes away my most hated of parts (the parallel port). It’s easily the most impressive I’ve seen so parts are on their way.

I only have one problem, the cloud integration stops it being standalone and available to everyone. I, like many do not have internet in my shed (although I’d love to) so whilst TinyG with Chillipepper is potentially the greatest thing for home CNC it is limited by something that is not actually needed. I’ve read varying reports on accomplishing an offline variant but that is permanent disconnection which is also not sensible as Chillipepper is constantly evolving. Chillipepper deserves to run on a standalone box that can survive offline but if it is online upgrade it’s libraries, its features and runs faster. I am a developer and have contributed to plenty of projects so I hope to do this for Chillipepper. Like the camera and mount system for Ardupilot it may take a while but I will do it

You can run Chilipepper standalone.

Really? No-one else says that.
Can you link me the source or installed package so I can put it into apache? 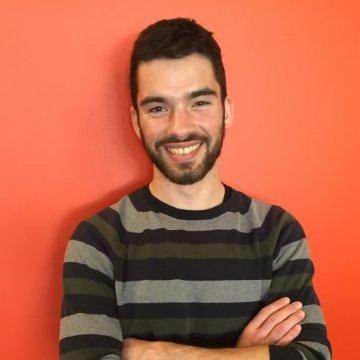 Offline version of Chilipeppr, forked from "The tracking location for tickets for the chilipeppr.com/tinyg workspace."

@Andrew_Hodel You my friend may have just earned yourself a hug.
Do you know anything else about it? As its not exactly current. I wasn’t actually after an offline version but a standalone version so it updates with the latest scripts and such when it can but if it can’t it just uses what is there.

I have a similar machine, 3040Z-D500w. I am running the machine in a unrenovated basement, using a single extension cord (long) to power the PC, 3 fluoro lights, vacuum and the cnc. Dennis, thanks for your post, I am going to HD to get some 14-2 and wire the area up properly. I have had it miss code twice, but thought it was my Gcode error, as I re-ran the code, and the cut when perfectly. I had to slow my rapids etc WAY down tho. I should be around 3000mm/min but im down to 1000. Thanks!

My system runs in a shed with nothing else but itself (this includes lights, fans etc) so it has no interference locally that I can actually change (as its the computer and CNC machine). Simply switching to TinyG and Chillipepper so that it is reliable.

You guys all impress the heck outta me… I run a CarveWright so I can’t claim any DIY except for the techiques I developed LOL. My claim to fame is doing a lot of stuff that really stretches the limits of the machine’s designed operating parameters. To be honest, I don’t know G-code from my elbow! I wanted to chime in on the recent topic swing toward poor power supply feed and/or static build-up causing non-sensical fubar carve results. In short: yup. To Aaron Friend: if you run a long cord to power all that stuff, 14/2 may not still do the trick when it comes to heat via current flow… I think you’d be better off running grounded 12/3 so your worries would be over and done with. As for Dennis Keeling: my dust extraction is via Shop-Vac with a pick-up hood along the Y-axis. Again, I think proper grounding makes the difference here too. I had been experiencing unexplainable fubar instances and came to realize, due to fingertip shocks, that all that dry particulate friction in the airflow was building up lots of static. I actually ruined a $300 power supply board by arcing across terminals when examining for noticable cooked components. Ouch! when you can’t spare the money. My cure for that was to lay sticky-backed (to stay put) foil between the plastic airflow ducting components on the machine, run to the machine’s ground, to vent static before it could build up. I also removed the 2-conductor power cord from the vac’s supply side and replaced it with a properly grounded 3-strand. Never had a problem since. To all: super great job of offering tips, guidance, help and advice to others… Great vibe here!