This is a continuation of the planning thread for the open licensed Chela Mill design. It’s in a new topic because a lot has changed and it’s easier to start fresh instead of asking everyone to read the backscroll.

The goal is to design and build CNC mills for home shops that:

Here are a few FreeCAD screenshots of where the design stands today. You’ll note that there are a lot of missing parts. This CAD model mostly serves as a starting point for a discussion of the major components and where they are located.

Rails are in pink.
Motors are in dark blue.
Ballscrews are in light blue.
The tube-steel frame is in dark grey. 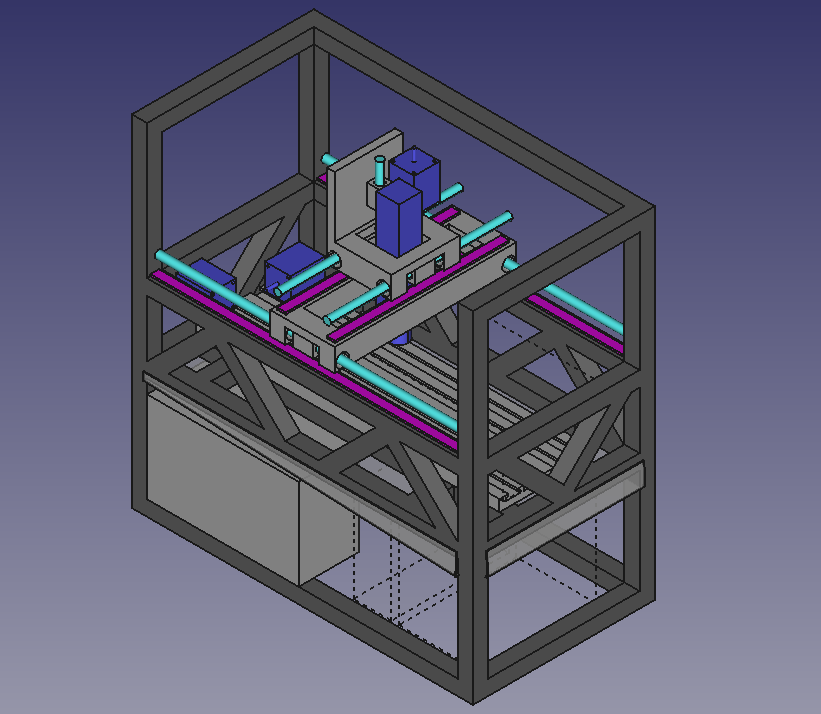 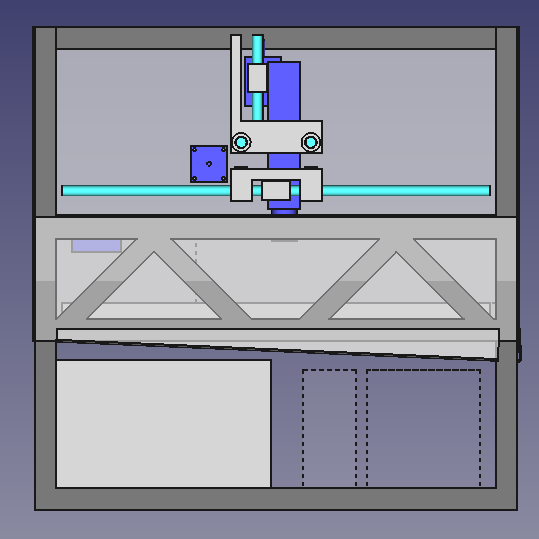 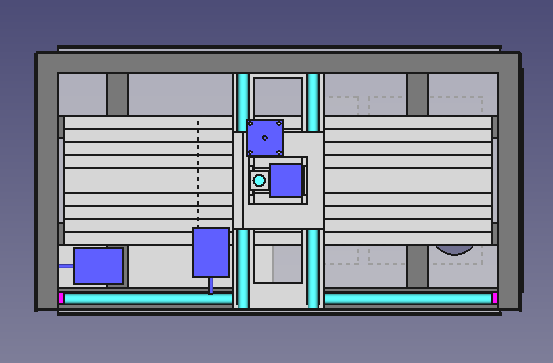 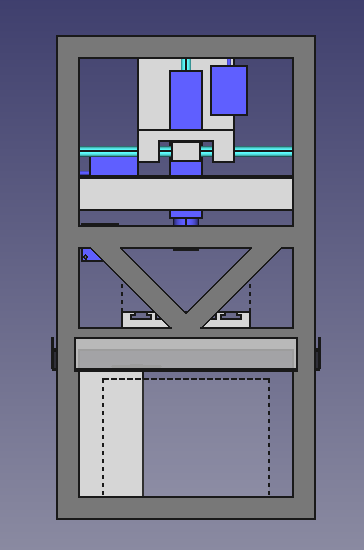 Here are current plans, though they’re up for discussion:

V1 won’t include these features but will try to make them possible in later versions:

Ok, that’s most of it, I think. I’ll add to the lists in this post as the discussion unfolds.

Ok, I just merged a new CAD model and the beginning of a bill of materials into the Chella mill codeberg repo’s main branch.

The Y and Z axis need to be reconsidered as the positions of the rails, ballscrews, and motors are goofy.

I’m still up in the air about the spindle. My current plan is to use an underpowered spindle that I have in stock to put the frame and motion system through its paces so that I have a feel for what it can do. I’ve decided to not even consider designing and building my own spindle (at least not for V1…

) so I’m looking at belt driven spindles so that I can play with various gear ratios to dial in the speeds and feeds for steel on this machine.

Suggestions for a single phase 220v AC motor and VFD to drive the spindle are very welcome as those are pretty new to me.

Suggestions for a single phase 220v AC motor and VFD to drive the spindle are very welcome as those are pretty new to me.

You’ll actually want a single-phase 220V FVD and three phase AC motor. The VFD will put out three-phase at a variable frequency. There are ~infinitely many cheap VFDs out there that are more or less clones. One issue is that some will say that they talk RS485 / modbus but there isn’t a lot of protocol compatibility between them. Most of them can be speed controlled from the display directly, or remotely by a reference voltage, generally as a 0-10V voltage, and breakout boards specifically for interfacing with 0-10V speed control are available.

I think this is the big brother of the 1.5kW unit that’s on my belt grinder, which allows me to remote the display from the unit with an RJ45 cable (ethernet cable, but not ethernet protocol, it’s just wires) and does not have modbus: 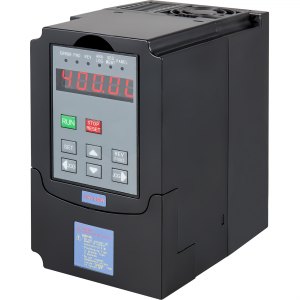 That obviously won’t do anything for your interest in someday doing spindle indexing, but could help you hit your cost target for the whole thing.

For a motor, most mills this size are moving the work not the head, so the spindle motor might be more of a challenge. A 2.2kW TEFC three-phase motor is often going to be pretty big. I see a lot of 56C frame motors of that spec. The motor on my PM-30MV is smaller, but still substantial for something that’s going to move around on a gantry in two axes: 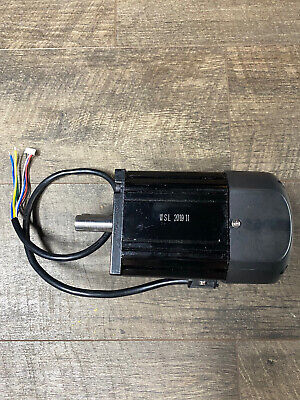 You probably want to search for an AC servo motor. Here’s an example NEMA52 AC servo bundled with a VFD that can talk serial: 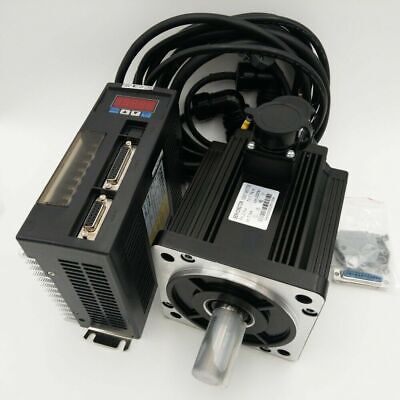 Thanks to your advice and some research, I am coming to the conclusion that an AC servo motor makes the most sense in every way except cost.

It can be lighter than a TEFC motor and I won’t need an external encoder on the spindle to interfere with my desire to eventually add ATC.

Once the BOM is more complete I’ll have a better idea of where I can add and remove cost. 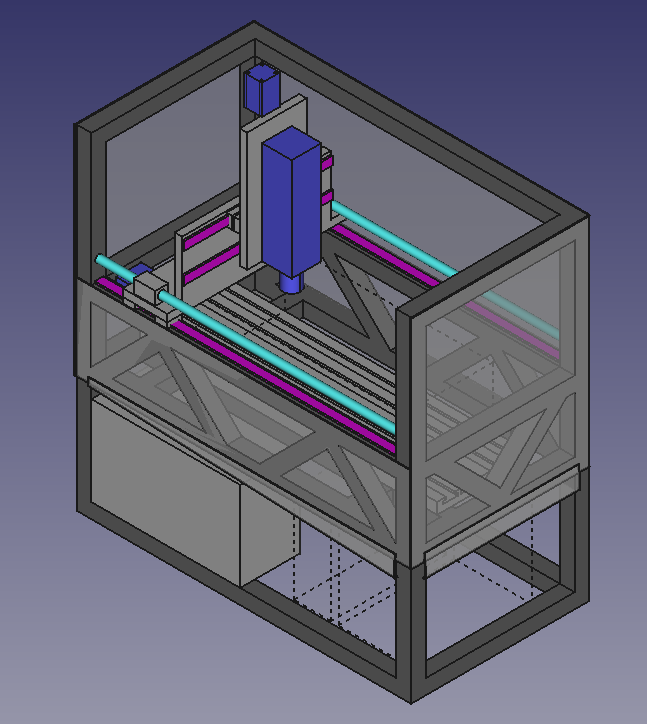 I’ve rewhacked the gantry design a bit now that I’ve had a chance to play around with various options. It turns out that the shape of ~every moving gantry out there is a pretty good shape.

The current placeholder model for the spindle isn’t right as I intend to buy an unpowered head and drive it with a servo.

I’ve also started filling out a bill of materials (Chela Mill BOM.fods in the root of the repo) as I think of necessary parts and find sources. Recommendations are, as always, very welcome!

I’m trying a LibreOffice Calc file saved as “fods” which is XML so hopefully when it fails to merge I’ll have a hope of unraveling the problem.

After reading numerous spec sheets and watching various electronics cabinet build videos I’m leaning toward separating high and low voltage gear into separate cabinets. Since I’m bending custom boxes anyway it seems like I might as well add that little bit of extra safety and EM shielding. Advice is welcome!

I’m considering bringing in a Proxxon PD 250/e mini lathe with a mill/drill head so that I can make the Chela mill’s numerous small metal and plastic parts without driving to work for every tweak. Also, it looks like good fun.

I have at least once used .fodt to manually merge small changes between two branches, and more often used it to read git diff output to describe the changes to a document. Haven’t tried .fods to get a sense of how well that would work in a spreadsheet. Looking in the repo, it looks meaningfully mergeable!

Here’s a Proxxon owner on youtube whose videos I’ve enjoyed: 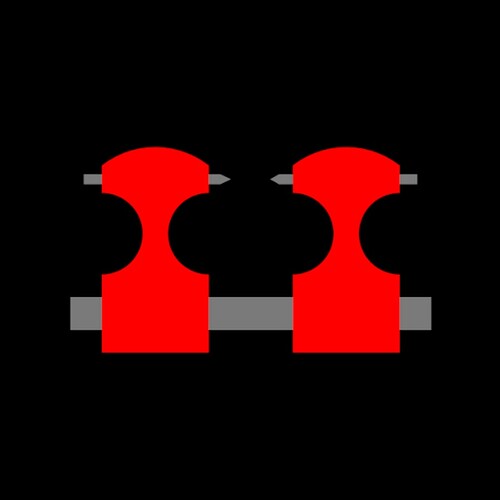 Adventures with a Very Small Lathe

My workshop is in my kitchen, so I have very little space. As a result I have a very small lathe, but my lathe and I don't let that stop us from having a go at some tricky projects. "This channel is the Mr. Rogers Neighbourhood of machining" --...

This video says it is about epoxy granite but is actually about epoxy garnet — but one of the comments suggests asking a local auto shop if you can take the cast iron swarf from turning brake rotors.