Belt anchor and tensioner for my CoreXY printer.

Belt anchor and tensioner for my CoreXY printer. Each belt is self locking around a post on one end and tensioned by a sliding block on the other. The block is threaded onto an M3 bolt and located within a close fitting channel to prevent twisting. Both ends are also locked by the carriage mounting bolts, these interfere with the belt thus preventing the belt from working its way out of the machined groove. So much easier to tension the belts now, the old method required removal of the back panel which was a pain. 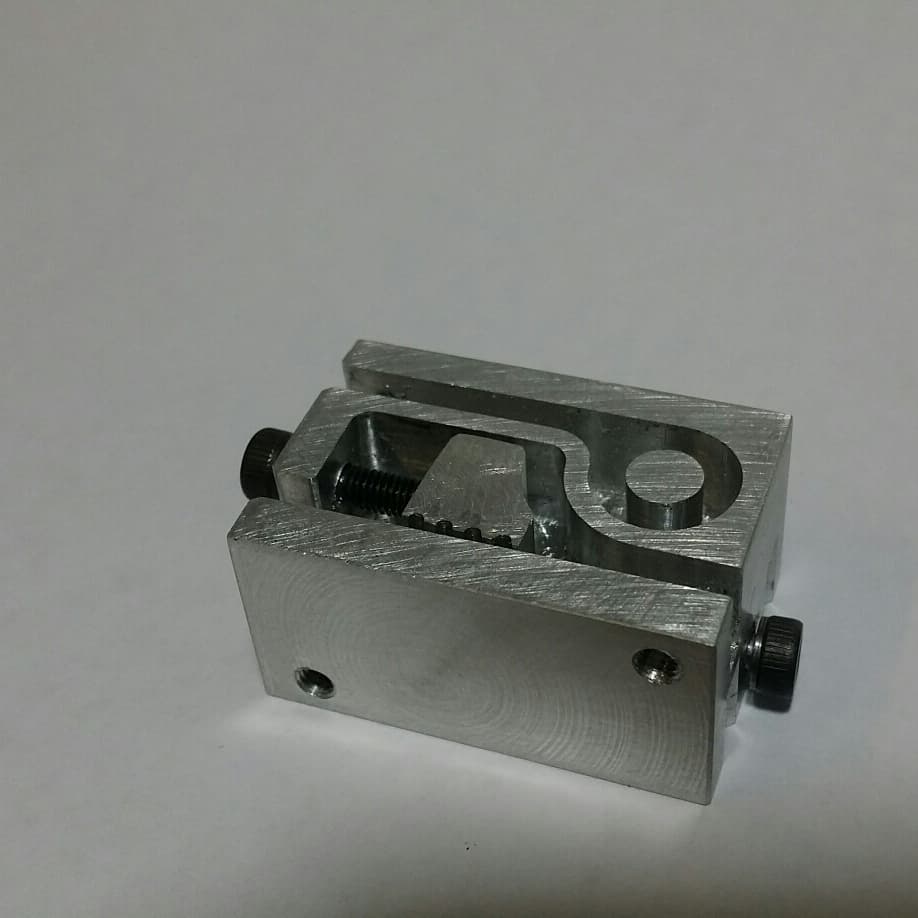 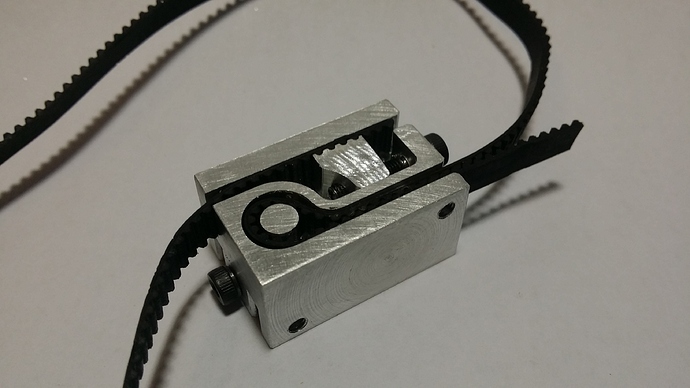 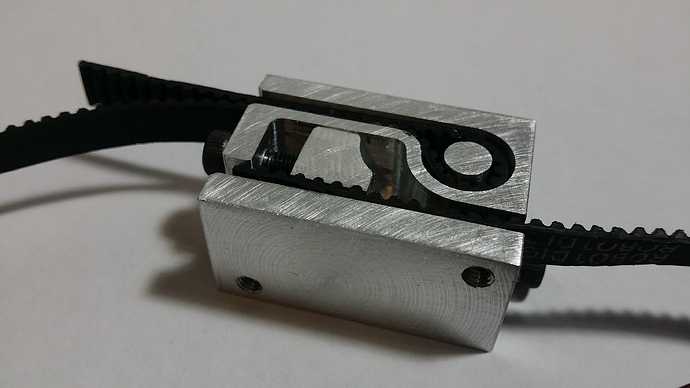 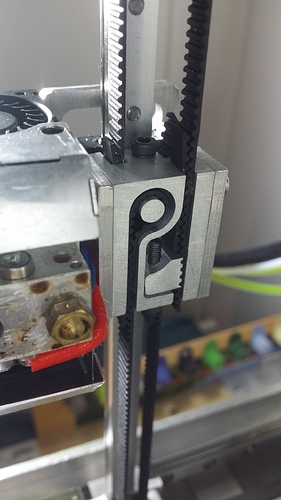 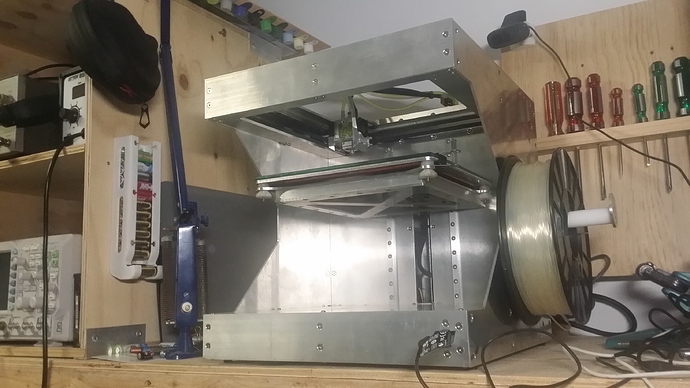 Interesting! Is this printable?

@Xiaojun_Liu Probably, I haven’t tried to but I don’t see any real issues. Printing it ‘as is’ would need some support for the underside, but you could split it into upper and lower halves (a half for each belt path) and it would still work. A plastic version may also need thicker walls to handle the strain.

If you design this belt lock in plastic, it might be a good idea to make it in two mirror image halves for the outer shell, and use a M5 bolt for the belt post and to clamp the halves together. The tension wedge would be a third separate piece.

@Jason_McMullan i like the direction of thinking, but if i “got” your design correct… it would be pronned to heat failure. as soon as it softens a bit, it would fail.

but with tight fit “cap”, locked in place with with same screw as tension… it would have to deform considerably before heat failure, specially PLA.

I think if you made these for sale, you’d rapidly be doing nothing but them.

Nice.
So You have a cnc mill as well

@Janos_Vilmos Yes, an upgraded 6040 cnc router. Cheap and nasty but it does the job.

@Mike_Miller I’d be happy to make some if people are interested.

@Daryl_Bond How do you hold that part to CNC it?

@Mike_Miller ​ I have a small vise. I have to rotate the part to access all sides, so 6 operations in total, although 4 of those are simple drilling ops.

@Daryl_Bond I have a manual lathe…one of the ‘cool parts’ was scaling one part up to ‘X’ parts. Not so sure one part at a time in a vise touched 6 times is very scalable…better invest in a machine tool center.

@Mike_Miller Totally agree! A 4-th axis would make a lot of sense for this part, while I’m at wishing why not a 5-axis lol!

you milled also the tiny teeth inside this holder all by yourself? amazing job!

Very nice, makes me hate my clunky belt tension setup on my printer.

I really like that belt tensioner. What printer is that?

@corexy, just so you know, this was content imported from the 3D Printing community on Google+, and @Daryl_Bond hasn’t yet logged into Maker Forums so he can’t get notified of your question.

Searching for his other posts, I see something that looks familiar here:

For those interested in my 200mm build area version of the DICE printer, Custom & RepRap

For those interested in my 200mm build area version of the DICE printer, I have uploaded my ‘as built’ CAD models (STEP) to gitHub. Please not that the model is exactly what I have built, meaning that all of my mistakes and corrections are in there as well!