Anyone interested in Repetier-Firmware for CTC dual and other clones?

Anyone interested in Repetier-Firmware for CTC dual and other clones?
This is my first test print. (Very bad ABS with bubbles - did not expect to have results on first try)
You can find it on github: Repetier-Firmware-Nightlyboard 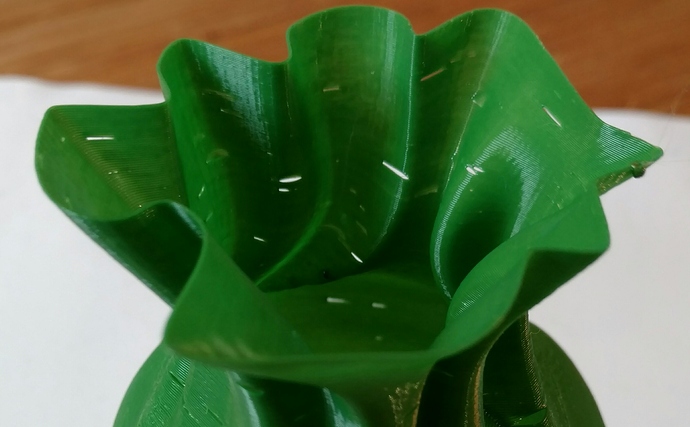 Interesting. Curious why you wanted to? Sailfish is basically custom-optimized for the hardware in those clones (eg 5-button LCD panel, digipots, RGB LEDs and such).

Can you post a direct link to the github? I can’t find it via search.

@Nathan_Walkner does Repetier build on 1280s? Clone Mightyboards all use 2560s these days like a standard Arduino Mega, but all stock Makerbot Replicator 1/2/2x’s have 1280s which means half the program space. (A dumb thing MBI did to save pennies…)

That’s really the biggest reason Sailfish is “terminally mature” at this point, it’s completely optimized to the gills for the amount of code space on 1280 bots. Dan Newman has added some separate features for 2560 builds but it’s not really worth the added code maintenance overhead to do much of that. All 8bit controllers are obsolete, we should all be migrating to 32bit.

Sidenote though, there are some big Sailfish motion planner improvements in the pipeline that help produce smoother movement. They should be in the released beta builds right now if you guys want to try it to compare to Repetier.

My CTC dual has a 1280. It works. There are a few things You can do: disable all languages but one, disable bed leveling code, maybe disable settings in eeprom…
Main reason for using to much progmem is excessive use of floating point code in nearly all firmwares I know. Except teacup…

@Ryan_Carlyle Yes, 8-bit is obsolete. But all MBI type 1+2 printers are also. What is easier? New 32bit board or changing firmware?

I don’t want to kill sailfish - just open up another option.

Especially maintaining the gcode -> x3g converter in slic3r and cura was always anoying for me.

@Nathan_Walkner please excuse: What do you mean with ecosystem?
Elektronics is pretty standard, From programming point of view there is not much difference to ramps 1.4 and all other 8bit-avr boards. You find drivers for thermocouples and stepper currents in nearly every modern firmware. Not difficult - just some hours of work.
Just change firmware and You are in a different “ecosystem”.

@Nathan_Walkner Yes, changing firmware of an old mbi printer to repetier makes everything reprap standard. Something wrong with that?