Any thoughts on the best deal on a power supply and a parallel port type driver/breakout board? Looking at these: 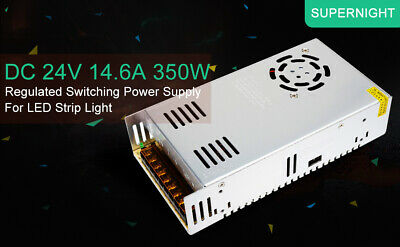 Both of these are Good boards but only problem is that if any of the Driver ICs bruns out it wont be easy to replace them. But at these prices its good.
this is my suggestion

@Bijil_Baji My thoughts exactly. Thanks

Shop on aliexpress. They seem to have the same products but usually they are cheaper.

@Mark_Schouten Have 5 or 6 tabs of them open now. They actually don’t that I can see, at least not with the driver boards. Plus the first board and both PS’s I’ve listed are in the US. But any links would be greatly appreciated…

@Mark_Schouten aliexpress is cheap but including shipping and customs they can match this price.

Mmm maybe you are right. I’m shopping for a set too. I’m hesitating between the set that is offered by http://hobbycnc.com the 305oz kit http://www.hobbycnc.com/products/hobbycnc-pro-driver-board-combo/ and this one offered by Aliexpress http://m.aliexpress.com/item/719006867.html
I was getting worried after reading a lot of horror storied on the web about the board. Does you guys have a positive experience with those boards?

@Mark_Schouten Those boards are good but not that good for rough use and you have to assemble the board from hobbycnc and i would suggest you to this http://www.aliexpress.com/store/product/Free-shipping-CNC-Router-4-Axis-Kit-TB6560-3-5A-stepper-motor-driver-interface-board-Nema23/323452_1460662161.html

this is agood kit for the cost and i have bought from this seler multiple times they are reliable and trust worthy. ad the kit is a good one

@Mark_Schouten I didnt do much calculation. I just made so rough assummtions and found those motors with torque maching to my requiremnts.i am sure that they wold be enough for my needs.

I just check out others machines. @Daniel_Would 's CNC uses Nema 17’s which I’m guessing are under 100oz of force. He has many vids and a blog on his btw. Seeing it work made me not sweat the motor size too much. Plus they’re not a huge expense if you need to upgrade them later. Check out this guy on ebay. He has lots of “slightly” used Nema 17’s n 23’s at great prices. Is where the one’s I just won the bid on are coming from (most of his stuff is buy it now).

@Mat_Helm I dont know but i have seen maximum of about 9.xxKGCM torque from Kysan nema 17 considering its smaller size but nema 23 has better size and when you buy it would be better to make sure all motors same.

@Mat_Helm What I don’t like about those imported boards is how they handle the current limiting. By rights you should have the correct sense resistors for the motors you’re driving. They tell users to fiddle with the digital Torque inputs to adjust current though. You’re better off to install the right resistors for the motors you’re running then run at 100% torque setting. The Toshiba data sheet explains how to calculate the correct sense resistors.

There’s a lot of shadiness surrounding the current sense resistors of those drive boards that you have to watch out for. If you don’t your motors will run, but they might not be as strong as they could be.

@Mat_Helm @Bijil_Baji on the subject of nema 17s and torque. I’d say that with high torque motors it would be easy to just power through other problems with your build. Where I’ve had stalls I remedied with better alignment, dual motors to avoid racking etc. Running my motors at 24v makes them rather hot but this was solved with some heat sinks.

All that said my machine is slow. I think my highest reliable run has been around 300mm/min so I assume beefier motors and drivers would allow things to go faster. Though since I’m using m10 threaded rod I’m always going to run slow unless I move to something with more travel per revolution.

I’m using this board one year ago. DOing hard roughing, the volts regulator burns, and two of the drivers too. I had to buy other new, but the reason was a bad power supply (i think). I had a new one, with a new power supply, with more amperes, in order to not be limitated by the voltage. Now it works good, no problem for now, but if i start again, i would buy separate drivers with a breakout board… I think is stronger…

@Oscar_Terrer
It sounds like you ran more than 35 volts into the board to me to blow up the regulator and 2 of the drive ICs.

@Daniel_Would The faster a stepper motor spins the less current it draws. This is what causes all stepper motors to stall out at speed. Some go faster than others because they are lower inductance, or are run at higher voltage to overcome their inductive reluctance.

You’re only driving your leads up to 200 RPM? At 24 VDC input I manage 720 RPM consistently. I have NEMA 23 motors but I don’t think all of the difference is due to the larger frames. I imagine you are missing some performance somewhere other than just your lead pitch and motors though.

@Paul_Frederick
Correct, that’s what I think that happened. Due to a huge demand, there are no more Amperes to obtain from the power supply, so the only way to increase the power was to increase the Voltage. so the regulator couldn’t resist it. SO I bought a new power supply with more amperes, so i hope it don’t happen again.

@Oscar_Terrer One thing a regulated power supply should never do is go over its set voltage regardless of current demands made of it. I hope nothing like that ever happens to you again either.