Any ideas as to why my new J-head v6 hot end keeps jamming,

Any ideas as to why my new J-head v6 hot end keeps jamming, and won’t extrude more than a couple mm of filament. Tried bringing the temp up to 230° when all the previous prints on my direct drive printed perfect at 205° and I could extrude filament at 180°.
Took it all apart multiple times, and doesn’t seem to be anything abnormal going on inside. 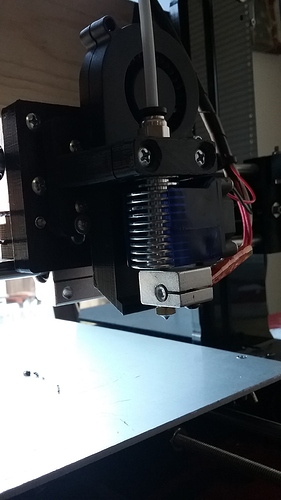 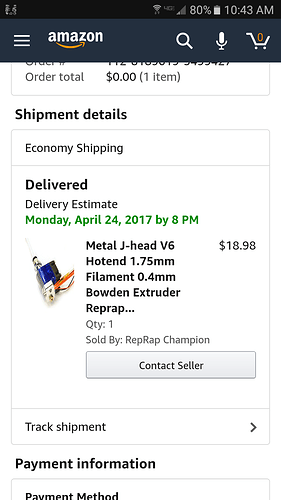 Because you bought a Chinese knockoff piece of garbage. That aside, pla or abs?

Does it only do it while printing or does it also jam if you just manually run some filament through it?

Ahhh, bollocks. I’ll get right on buying something legit.

Can’t even push filament through by hand.

@Ben_Scott while it is a cheap part, that shouldn’t be the only issue. My whole machine is a cheap piece of crap and I’m finally getting half way decent prints out of it. Here’s a picture of some stands for my headphones, PS4 controller and my cellphone. These are halfway decent and totally usable. All this from a $154 printer. You can get it to work, it will probably just take some messing with. Just make sure everything is lined up and free from restrictions. 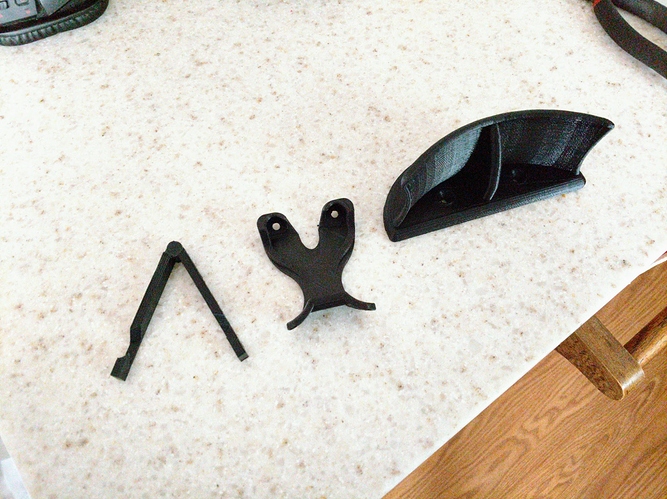 @Kevin_Danger_Powers ​, I’m with you in the cheap printer department. I’ve been getting great prints for a couple years on my cheap eBay kit printer, so I think I have a good idea as to what needs to happen, but it’s just not working out.

@ThantiK ​. Just an update on that robotic arm that I was working on, should be done soon and work very well. I’m super excited to share it with the community because I’ve put so many hours into getting it tip-top. Last part is redesigning the tool head so work with a stepper motor because I can’t get a servo to provide the holding torque that is required. Maybe I’m doing something wrong with the servo code but at this point the most productive thing is to draw up my own design that is easily scalable with the code that I’m using.

It’s a big warning sign when the vendor calls their E3D clone a J-head. That thing has nothing in common with a J-head. If the vendor doesn’t know (or care) the proper name for the parts, what are be odds it’s actually built right?

Try and isolate the fault. Take the brass nozzle off and try and run filament through the body, then put the nozzle in another head and try and extrude filament. my guess is your nozzle is crap and not anything else. but you should be able to test it in stages. (obviously without heat, when the. nozzle is removed)

I get confused when the whole assembly is so simple that I’m left scratching my head as to the cause of the problem. @Steven_Johnson ​ I’ll start with new nozzles and escalate from there if that doesn’t work.

Buy a genuine E3D hotend thereby supporting those who’ve done the legwork. Not only will you get a better print quality but new innovations and part supply is more likely.

Oh, I should point out that the fakes have thermal limitations too on account of PTFE being right at the hot side of the heat break AAAAAAAAANNNNDDDDD they’re heavier too.

Check what termister you have and if it’s different from what you had been using. Adjust settings as needed.

@Andrew_Burri_K7UL ​. Looks the same as my old one and from the research I’ve done it’s nothing abstract and the settings are the same in the configuration.h file.

Okay assuming it is hot enough to extrude…take it apart, clear out any debris like the metral bits that they cut away hut never cleared out and then polish the insides of the thing with he dull side of a bit and some oil. After you finish the machine work and polish the innards, see if you damaged the PTFE liner that it probably has. You might have damaged it by going up to 230C. When you put ot back together, make sure the thermistor and the heter cartridge are properly secured and test extruding again.
Oh yeah. The drill bits you will need can be found at Harbor Freight, if that store is near you. If you can not find it, a barbecue skewer and perhaps copper thread will work. He copper thread would be for running through the nozzle and flossing it lightly. Others may say that is actually a bad idea. I believe @Thomas_Sanladerer ​​ mentioned using accupuncture needles, but I do not know what he actually does with them.
Doing an acetone bath to clean out ABS is always an idea. I have no idea if it is ABS or PLA that you are using though.

It’s most likely not a clog, but rather a heat break that is plainly manufactured wrong in a few spots. Your filament probably has a plug in what’s usually the cold zone, at the bottom of the heatsink.