Hi, I’m hoping that someone is able to help me with my problem I’m having with my Anet A8. As you can see from the pic (hopefully. I tried to attach 3 pics but I’m a new user hence just the one), the x and y stepper motors are causing a “hiccup” on the front left angle of my prints. Anyone have any idea what could cause this issue. Otherwise, I have no other issues with the hardware. I know these prints have many other problems but hopefully you can help me with this one. Thanks in advance! ~Rich W. 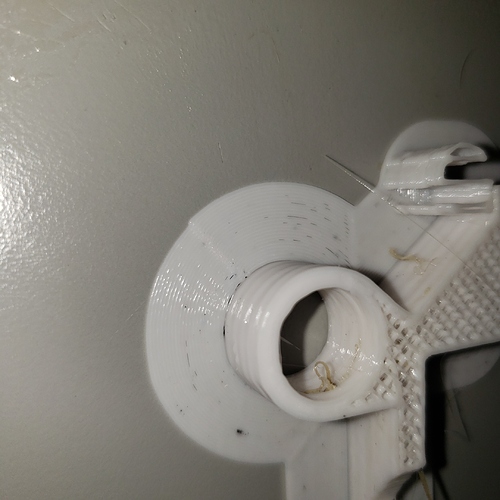 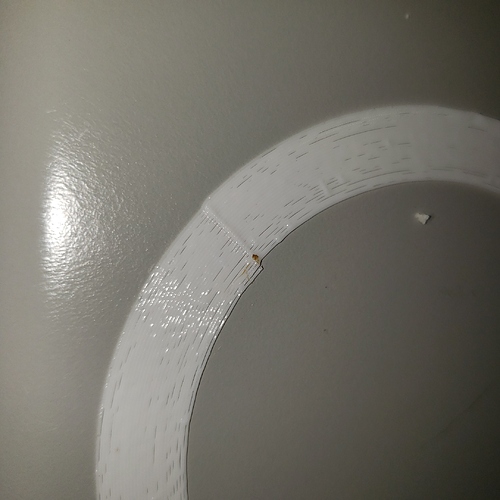 When it makes a concentric brim like that it will have a seam point where it steps in for the next circle. So that area makes it difficult to troubleshoot. Look at the slicer preview in that area and you should be able to see if that’s what you’re seeing. But if it’s not aligning in areas where it should, there could be backlash. For a standard Cartesian backlash would normally not be on a 45° angle like that. It would be at the front, back, left, or right side where a motor has to reverse direction at the apex of a curve. In those instances you’d see something that looks kind of like a beak where extrusion extends beyond where it should be until the slack is taken up. I tend to call that the squirkles problem

Oh, ok! Great then! That will make troubleshooting a bit easier. I was having some gooping right at that seam and I thought it was related. I’ll try to adjust temps and see if it resolves. Thank you very, very much for your answer.