After reading books after books about Co2 laser tubes,

After reading books after books about Co2 laser tubes, i was thinking about the recombination effect in these tubes, that keeps the gasses in good state.

But, that got me thinking, if we use our tubes on very low power, is this dangerous too? or is the recombination even better the lower you go, and maybe prolonging the tube life, instead of shortening it.
If there is a golden limit that has to be reached to have the perfect recombination going?

…
I have been trying to understand the opt-electric response of the tube and currently that has driven me to try and understand the relationship between the HV drive and the gas discharge characteristics of the tube.
I think your question could be answered if we took the understanding one step forward and understood the relationship between the tubes discharge and how it impacts the change in energy levels in the tube.

I think this video (posted this weekend) discusses a similiar question to what you are asking. i.e. running the tube in pre-ionization state.

I think this video reveals to me a couple of important parts of the puzzle:
… the tube response is much slower than the speed of currents that I have measured but consistent with how I expected a gas discharge to behave.
… to understand what is going on we need to measure both voltage and current in the tube
… more information about gas discharge characteristic zones.
…
I would value knowing what books and references you are using to understand recombination and its effect on tube life, gass etc.

I pulled my research into this post to focus it: 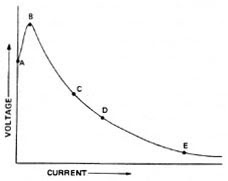 Laser Response Characteristics I moved the research that I have been doing into "laser response" to this post to capture it in a more foc...

Yeah, it was Russ´s latest video that got me thinking a bit more about it

I´ll link the books and research papers i have been reading when im back at the home computer.

Did a lot of reading this AM searching for operational relationships between the voltage driving the tube, the gas mixture formulation and lasing.
…
I am still learning so this is my oversimplification of the parts and their operation.
BTW I do not know what the gas formulation in out tubes is?
This stuff is from general reading about sealed gas CO2 lasers.

…
So thinking about the above information:

(1) There are traces of other gases in the mix as well. Water vapor and Argon for example. Each addresses some secondary need of the laser,

(2) Over time some of the metal electrodes erode and that metal combines with the various gases to create new ingredients in the gas mixture. (Especially the cathode.)

(3) One of the problems is CO2 disassociating into CO instead (affected by the catalyst in the helical tube).

(4) Another aging problem is erosion of the ZeSn window and internal mirror. Both contribute to the loss of beam quality as the tube ages. (loss of focus or creation of satellite beam spots).

(5) On my K40 (and the few others I’ve seen), the manufacturer chose to wire the WP and (TH and TL) reversed such that the WP was actually being driven from the controller board. I’ve analyzed the internal circuitry of several other laser power supplies, and the WP line driven this way means the the laser never is used in pre-ionization mode. When WP is off, the output current is off. If properly used, WP being on, enables pre-ionization and the tube is running at a current just under that necessary to start lasing. Then the combination of (TH and TL) driven by the controller board will shift the current from pre-ionization to full on (where full on is determined by the potentiometer setting). This is more important for fine engraving than for cutting.

(6) With the ballast resistor used on many of these machines, if the tube is idling at preionization current levels, then the node from the ballast resistor to the tube return, can sit at several hundred volts, which could be dangerous. (But I don’t have equipment to verify how high of voltage.)

@Nate_Caine thanks for the info …
(5). Can you share any schematics you have created for HVPS. Here is the one that @Paul_de_Groot created.
https://drive.google.com/file/d/0BxRBPjkKUvRUN1Q3OTlqNFhVQkJnYW5VTjRXUWduaEp5Wnd3/view.
I am interested in the methods used for pre-ioninzation you suggest. In the circuits I have examined the enable digitally controls the internal PWM enable so I do not see how it would allow any current.
Is your machine running pre-ionized?
In machines configured like this does the milli-amp meter show current?
By running a current just below ionization do you mean there is a high voltage across the tube at all times (but no ionization and no current) and then it is raised to the discharge level when engraving starts?
https://drive.google.com/file/d/0BxRBPjkKUvRUN1Q3OTlqNFhVQkJnYW5VTjRXUWduaEp5Wnd3/view

@donkjr , here´s my list of books and papers i have been reading. Some is on water conductivity, reflectivity, and not only lasers.
Missing one book, trying to find it where they talked about the coolant charge taking energy from the laser output.
I´ll add it up when i find it.

@HP_Persson you rock ! Now I have something to add to my list of nighttime distractions…

Is it true that “clock” for the tube starts ticking the moment it is ready to be installed or sold?

Apparently some cheaper tubes aren’t as well sealed and start to age immediately, but the best tubes are sealed well and ddo not leak appreciably.