The first was a small quick rastor to test the grayscale engraving. Still some tweaks to make but it was my first stab at it. Dark 20mm/sec, Light 60mm/sec, 20%min/80%max

The second was a vector trace done in LaserWeb to test the vector capabilities. Ran that one at 20% power and 66mm/sec 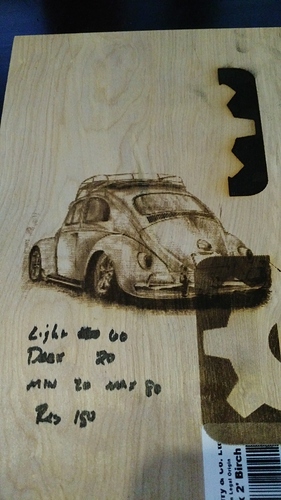 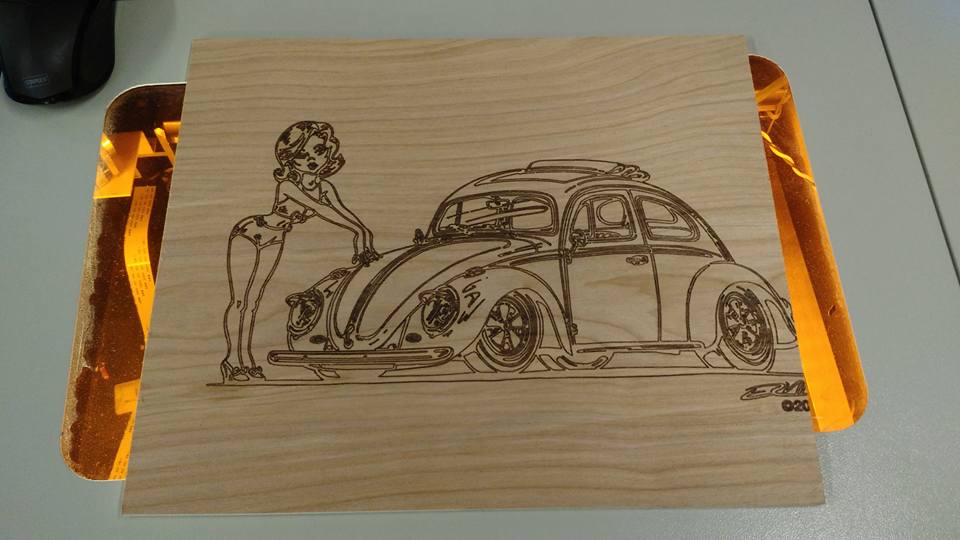 love them… picture after my own heart…

Wow! that is so cool. Will save me a ton of time mucking about with image processing trying to get just the right dithering patterns.

@Ariel_Yahni_UniKpty so far yes. My only real complaint is that it was a long trace job and there was no indicator that it was working. It just sort of checked out for a while and at one point I even got a wait/kill popup. I just let it go and it did finally finish up. It did a good job on the trace but the original was line art already. I still have to see how well it does on a more detailed picture.

@Carl_Fisher ​ please share the original image I want to try and replicate. Vectorizing will not work for every occasion but it’s a real time saver

@Jim_Hatch ​ here is one of my grayacales with no dither 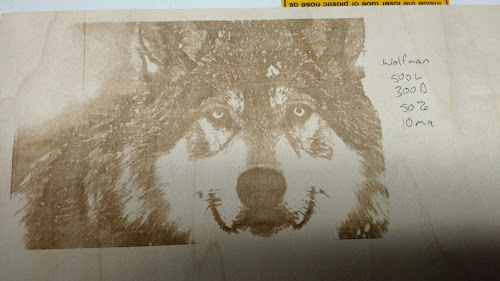 500 mm/sec? I think my machine would jump out of the case at that speed. I’ll have to see just how fast I can go without losing steps.

@Alex_Krause So I did some playing around today. I was actually doing some raster stuff at 600/light 400/dark and it never missed a step.

For reference I also tried to vector at 400 and it was missing steps pretty regularly (may be belt tension, not sure yet) but also tweaking the gantry pretty good while jumping around so I can see that being very hard on the machine trying to vector very fast.

Does the smoothieboard engrave faster than the stock board?

The machine is what will limit the speeds. either board can push the machine past its capabilities so I’m not sure if there is an acceptable answer to that question. I can comfortably engrave at speeds up to 500mm/sec as mentioned above and have been able to push almost 600mm/sec for short amounts but you risk missing steps at that point regardless of your board.