I have a 1300x900cm 130w ruida controlled China Build laser. And I cant get a good calibration of the laser. 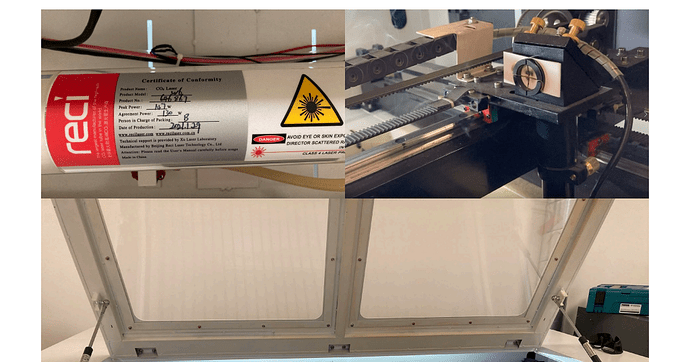 Im using a laser path calibration kit from Cloudray Cloudray Laser Path Calibrating Kit For E Series Laser Head. And Mirror 1 (first mirror after laser) is dead center, Mirror 2 I find also to be in center both in the near and far position (2a and b) but at the last mirror I cant find a good position.

But as you can see from my attachment it both changes in the horizontal and vertical position when the laser is moved. Is the whole system skewed? Or can someone point me in the right direction?

Or is a cheap china machine at 1300x900mm simply to big that I can expect a good calibration in the whole area?

Is this really what your laser beam looks like? 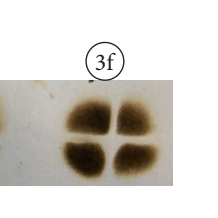 Your laser should be in TEM00 not TEM11.

This is what the laser looks like behind the cross for finding the center. Shown in the second picture of the pdf

I had never seen that alignment fixture before. Crazy that it looks like a mode shift!

3a, 3b and 3c are all low so I would think mirror #2 needs to be adjusted to raise the beam slightly so those 3 points are centered. That should move up 3d and 3e. But 3f looks like that corners frame or right rail end is low.